ADMIN King Solangi
Wednesday, July 24, 2019
Share :
Tweet
Pakistan DTH Launch Date, Updates and Channel List 2019
First ever Pakistan DTH Service launch is the most anticipated occasion for all TV and Satellite fans across the country in 2019. The recent progress PEMRA and in some cases by the Supreme Court of Pakistan ensured that DTH service in Pakistan is not just a dream anymore.
A Quick look into Pakistan DTH:
DTH Pakistan launch Date December 2019 [Expected]DTH Pakistan Channels List 200+ HD & SDDTH Service Providers in Pakistan Mag DTH, Sky Shahzad and StarTimesPakistan DTH Satellite PakSAT-1R at 38 degrees EastPakistan DTH Box Price Minimum Rs.10,000 Initial (including DTH Box)DTH Channel Package Prices From Rs.500 to Rs.1,500 per MonthAll of us have been anxiously waiting for DTH Service in Pakistan since 2016. But this has not happened for almost 2 years now. Since the Auction of the DTH Service in Pakistan was held back in November 2016. 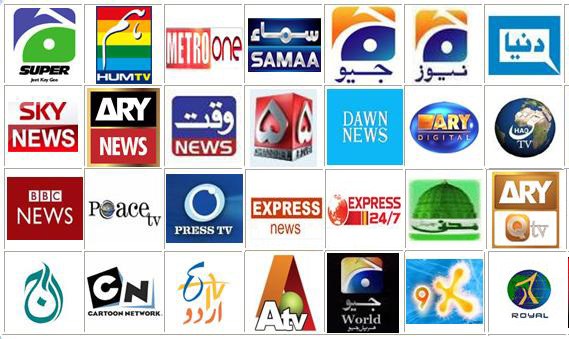 Anyways today in this detailed review we will look into all the Pakistan DTH related info. Including Pakistan DTH launch Date, Pakistan DTH Channel List, Price, Satellite which is selected as the service provider and the detailed review of the Companies expected to start the DTH services in Pakistan.
What is DTH?
DTH stands for the “Direct to Home”, A service mainly provided by companies who use Satellites signal to stream their selected Television channels to their subscribers. The users need to place a dish antenna outside in open sky to receive these specific signals, Which then decoded via a special satellite box provided by the company. The box is then connected with a Television set (or LCD/LED) using Audio/Video Aux cable or the new HDMI cables.
DTH vs Cable Network Services:
As we all know currently Pakistani media is highly dependent on the current Cable Network System. Which is only available in Large cities and towns currently. In a recent survey, it has been proved that almost 70-80% small towns and villages have no access to this Cable Network.
Moreover, most Cable Operators still work provide direct analog cable service. Which is the biggest hinder in upgrading the Channels quality? Somehow there are some CSP (Cable Service Providers) who gave Digital Boxes along with a new cable connection to watch HD channels. But they aren’t more than 10-15% of all Cable Network Connection issued.
While on the other hand, DTH (Direct To Home) Service does provide High-End television viewing experience. With more and more channels upgrading to High definition content. It’s the new DTH services which can only provide such HD channels direct to their subscribers to their Homes.
So, in other words, you can say that Cable Network was passed, While DTH is the present and Future of the Television broadcasting services.
Pakistan DTH Overview and History:
Now that you understand DTH, you may be asking why there is no such service in Pakistan? That’s because of the non-serious attitude of governments and the easy availability of DTH services from neighboring country India. In the early days of President Musharaf, back in 2001-02, the talks for DTH services were already there.
Back then Private Media Channels were introduced in Pakistan for the first time. Pakistan Media Regulatory Authority (PEMRA) was also formed in March 2002. So they started their work and came up with the draft of holding the first-ever DTH service auction in 2003.
But back then Cable Operators and Media Managers of newly introduced Private Channels started protesting against DTH Auction. This keeps on going repeatedly, whenever the Government decided to bring the official DTH service providers in Pakistan.
This keeps on getting delayed and hence Indian DTH services like DishTV, VideoCon, TataSky got famous in Pakistan. More and more people started subscribing to their services. The latest surveys show that well over 5 million Pakistani subscribers pay hefty fees to Indian DTH companies to enjoy their services. Similarly, 2-3 million people w
Tag : Frequency